Docfoster
August 30 edited August 30 in Digital
Have been spending more time watching Netflix and Amazon Prime through the system lately.
This has prompted me to revisit Windows sound settings. (Not an issue for audio as JRiver talks directly to the DAC.)
Changing the setting is definitely noticed by the Asus DAC.  Its little blue LED on the face plate changes to the correct figure as I alter the sampling frequency in Windows. 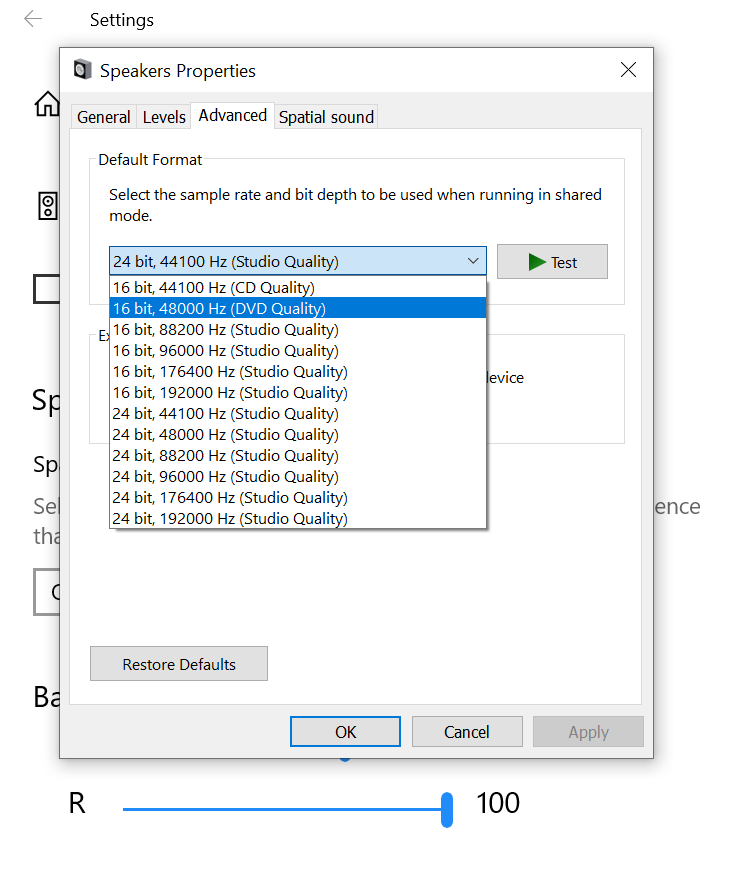 I was wondering whether pushing up the sampling frequency would help. But, I found that as I increased the sampling frequency, sounds became dissected; high frequency aspects of sounds separated from the body of the sound. E.g. sibilants in human speech floated off on their own. Very distracting.
At 44.1 kHz sounds are more homogeneous.
I don't know why this is the case.
I don't know how the audio in internet video streams work (what is their native frequency and bitrate...? Does it even work like that?)

Anyway, I would appreciate any discussion on this. :-)